Here I present a (reported and fixed) XSRF and Cookie manipulation vulnerability I discovered in google.com, requiring no user interaction. It was possible to set arbitrary cookies and tamper with existing ones.

This works on Safari and browsers that support setting multiple cookies within the same Set-Cookie header, a technique called Set-Cookie folding. The behavior is specified in section 4.2.2 of RFC 2109.

The RFC says that the Set-Cookie response header comprises the token Set-Cookie:, followed by a comma separated list of one or more cookies.

So this exploit works for the rest of them.

The bug is a lack of sanitization of the prefsval parameter, which is used in the response within a Set-Cookie header.

A proof-of-concept payload could be:

It is also possible to set arbitrary expiration date and path, thus making it valid for google.com/ and not only google.com/finance. No anti-XSRF token was used.

The vulnerability in Burp Suite 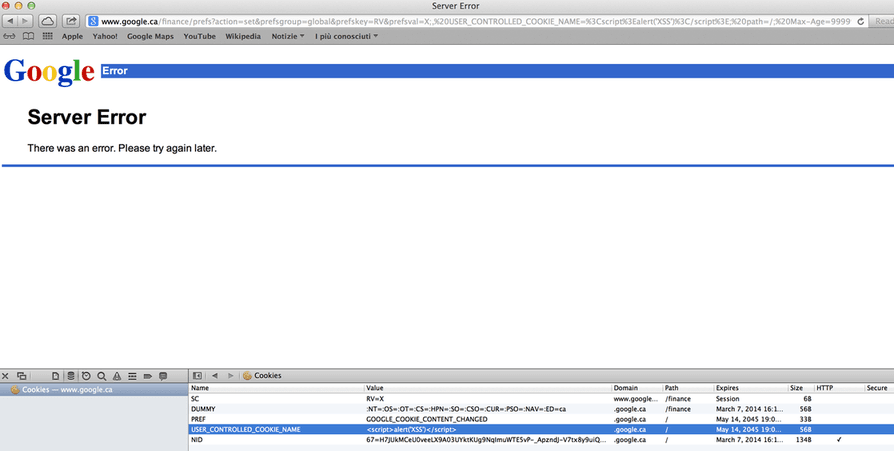 This vulnerability was fixed in a week. The request now requires an anti-XSRF token and returns HTTP 400/Bad Request if it is missing.

I received a $3133.7 reward and have been listed in the Google Security Hall of Fame for the fourth time.